To say fitness is important to Josh Kozuszek is an understatement. As a former college wrestler who dabbled in mixed martial arts until fatherhood took priority, Josh knows what it takes to keep himself in peak physical condition. As a firefighter and the father of two young energetic daughters, keeping his body in shape takes on added importance. However, during a training session at work, he felt something happen in his knee that turned out to be a torn anterior cruciate ligament (ACL). Because of his physical condition and strength, Josh was still able to work and stay active, but not at the level he was accustomed to.

“I could still work and run and play soccer with my daughter, but it just wasn’t right,” he says. “The lateral movements were not the same. Sometimes the knee felt like it wanted to give out. It felt awkward more than anything.”

A Team Approach to Customized Care

His search for a treatment option to quickly get himself back to full strength led Josh to Ian Rice MD, an orthopedic surgeon with TriHealth Orthopedic & Sports Institute. The two worked together to devise a plan fur surgery and rehabilitation suited for Josh’s fitness levels, goals and work ethic.

“I realized that Dr. Rice wanted the best outcome for me and knew how to tailor surgery to my needs” Josh says. “I was concerned that I would be forced to prolonged light duty while undergoing physical therapy. He told me he’d do whatever it takes to get me back to 100 percent.”

They mutually decided on a repair commonly utilized for injuries in professional and college athletes – rebuilding the ACL from part of Josh’s patellar tendon, found on the front of the knee. Other options include transplanting tissue from a cadaver or utilizing a different tendon such as hamstring. Both can offer advantages such as less initial pain after surgery, but according to Dr. Rice, research shows better long-term functionality and durability when utilizing one’s own tissues, and patellar tendon is a gold standard option commonly used for professional athletes. The use of the stronger patellar tendon requires rigorous physical therapy to restore quadricep muscle strength, but that wasn’t a concern with Josh.

“No two ACL repairs are the same,” Dr. Rice says. “And when you have a patient like Josh who trains like an explosive athlete and demands a lot out of their body both personally and professionally, you must pull out all of the stops to ensure the quickest, fullest recovery possible.”

Dr. Rice performed the procedure on Josh’s knee at TriHealth’s Evendale Hospital. The surgery was rendered more complex by glass that was still encased in scar tissue in his knee from a previous injury. Dr. Rice had to excise the glass remnants to ensure the success of the repair.

Prior to meeting with Dr. Rice, Josh had researched platelet rich plasma therapy. While research remains ongoing and inconclusive, doctors believe it can be used to speed up healing in ligaments and tendons. After discussing the option, the pair decided to include it in Josh’s surgery to maximize healing.

“With an ACL repair, we are asking a tendon to transform into a new ligament, a new ACL,” Dr. Rice says. “The concept is the growth factors within platelet rich plasma treatment can unleash an even better healing response.”

A Shortened Road to Recovery

With surgery complete, it was time for Josh to begin physical therapy, which Dr. Rice says is often the most critical piece for recovery after a ligament injury.

“With the patient, surgeon, and physical therapists involved, it really is a team approach,” Dr. Rice says, “But in some ways, commitment to therapy is everything. I tell the patient that if they are doing this the right way, they are the MVP in the healing process. Nothing can substitute for willpower and hard work.”

In Josh’s case, there was never a doubt that he was going to do it the right way. While the typical recovery period after ACL surgery is nine to twelve months, Josh set a goal to be fully recovered and cleared by six months.

“The biggest factor was that we were expecting our second child during this time,” Josh says. “I didn’t want to be hobbled when she was born and leave so much up to my wife.”

Josh began his work toward getting back at TriHealth Outpatient Physical Therapy in West Chester within 24 hours of surgery.  He told the staff of his aggressive goals and asked them to push him.

“I want to be trained as a tactical athlete, because that’s how I see my job as a firefighter,” he says. “They took that seriously and worked me hard every single day. They didn’t hold back.  I respect that more than anything and I can’t say enough about how great they were to work with.”

Thanks to the teamwork among Josh, Dr. Rice, and physical therapists who played a role in his recovery, and his prime physical condition, Josh was cleared for full duty without restrictions just shy of six months after his surgery. He says his knee feels stable and he’s able to resume all of his previous activities to their fullest, especially when it comes to his daughters.

“They’re 100 miles per hour just like me,” he says. “That was my biggest motivation to get back healthy. Now the knee is feeling rock-solid. It’s stronger than it was before.”

A Career-Saving Surgery for a Lifesaving Professional 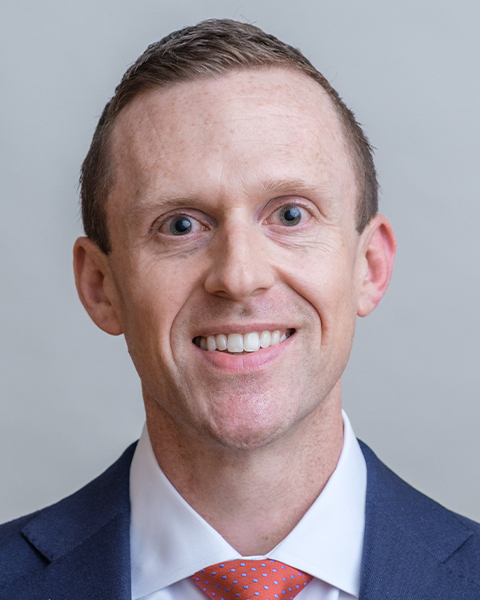