During a first pregnancy, most expecting parents can focus their time and energy on planning and preparing for life after the birth of their child, knowing they can rely on a plan of care prescribed by a physician. But for Adrianna Ciresi and Cameron Steele, joyful anticipation turned to concern and fear of the unknown during the 20-week ultrasound for their son, who they were going to call Remington. That was the day they learned Remington’s heart wasn’t developing correctly. Instead of planning for late-night feedings, lullabies and experiencing all of Remington’s “firsts,” they would have to focus their attention on specialized intervention.

That’s when the couple met Kristin Coppage MD of Tri-State Maternal Fetal Medicine Associates. Dr. Coppage, one of 12 maternal-fetal medicine physicians at TriHealth specializing in high risk obstetrical care, works collaboratively with the Cincinnati Fetal Center. Cincinnati Fetal Center is a partnership between Cincinnati Children’s Hospital Medical Center, TriHealth Good Samaritan Hospital and University Hospital.  This collaborative program provides exceptional medical care for women and their unborn babies who have complications related to fetal abnormalities or difficult pregnancies. It’s one of only a few such comprehensive centers in the world.

“When Adrianna was referred for a detailed ultrasound and consult,” says Dr. Coppage, “we spent a lot of time explaining what we saw on the ultrasound, which was a hypoplastic left heart.” Essentially, the left part of Remington’s heart was underdeveloped and unable to pump oxygenated blood to the body. The team also focused on what that would mean for the remainder of Adrianna’s pregnancy, what would happen once Remington was born, and what life might look like for a family facing these challenges.

“Dr. Coppage was fantastic with our family. She was up front and honest, without painting a terrible picture. We could see a way forward,” Adrianna notes.

“Everyone expects a normal, healthy pregnancy,” says Dr. Coppage, “but the reality is there are significant birth defects three to five percent of the time. As a Maternal Fetal Medicine physician, our specialized training allows us to diagnose, educate and support the patient in these difficult times.”

Once the team confirmed what was going on, Adrianna began seeing cardiologists at the Cincinnati Fetal Center, who closely watched Remington’s heart with regular fetal echocardiograms and antenatal monitoring.

Thankfully, Remington’s heart remained stable throughout the remainder of the pregnancy.

Dr. Coppage remembers, “Adrianna and her family came in ready to do whatever was asked of them. Her open mind and compliance aided in a successful outcome for Remington.” Plus, she says, having a strong support system, like Cameron, made a huge difference.

While Remington’s heart remained stable, Adrianna could only deliver in a hospital equipped with a Level III Neonatal Intensive Care Unit (NICU). “For us, that meant Good Sam,” she says.

According to Dr. Coppage, “A Level III NICU offers a higher level of care for the infant. It’s a place where the infant can be stabilized and may receive procedures or medications outside of what’s routinely offered. In this case, that meant access to particular IVs and medications.”

When Remington was born, he spent his first hours in the Good Samaritan Hospital NICU, then he was transferred to Cincinnati Children’s where he received a heart catheterization and a stent at just one day old. He had his first open heart surgery at six days, his second at four months, and will have a third within the next few years. Eventually, Remington will receive a heart transplant.

“The Cincinnati Fetal Center meant everything to me. The doctors explained very clearly what we were getting into and what to expect at each stage. It reassured me to know that when my son was taken from me at birth to receive the care he needed, he’d be in their hands.”

Remington’s care continues with ongoing monitoring from both cardiac and neurodevelopment teams at Children’s, as well as speech and occupational therapy.

And if Remington’s heart is made of “Steele,” his warrior mom may be made of something even stronger.

“It seems I became a medical researcher overnight,” says Adrianna.  “I wanted to learn everything I could about how to help my son.” Before Remington, Adrianna was planning to become a police officer. Now? She’s enrolled in nursing school and currently working for Cincinnati Children’s.

Thanks to the care provided by the Cincinnati Fetal Center, the new parents have still been able to experience their share of lullabies, feedings and Remington’s “firsts.” In fact, they’ve shared their experience with others through a Facebook page dedicated to Remington’s journey, appropriately titled, Remington’s Heart of Steele. Adrianna also stays connected to other heart families through online support groups, offering her own support and encouragement. “I’d tell parents facing the same situation: Don’t give up, and don’t be afraid to talk to other heart parents,” she says.

From High Risk to High Hopes - One Nurse's Story of Inspiration

Helping Babies Get to Their First Birthday and Beyond

How TriHealth is Reducing C-Sections 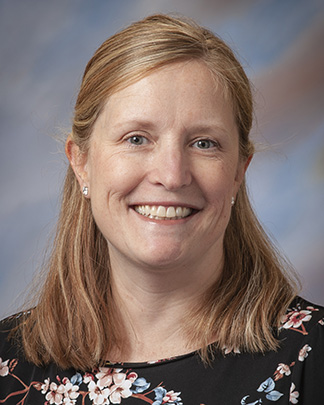