This story originally appeared in the Summer 2017 issue of Cincinnati Health & Life Magazine.

A majority of couples who have trouble conceiving can be helped with lifestyle changes and medications.

Katie Greiner Barnes was just 28 years old when she was diagnosed with cervical cancer. Her doctors successfully treated the cancer with surgery, but like so many young cancer survivors, she worried about the effect it would have on her fertility when she and her husband, Andy, decided to start a family two years later. After three months trying to conceive without success, her OB/GYN suggested she consult a fertility specialist.

“I went to see Dr. Reynolds at Bethesda Fertility Center on the recommendation of a co-worker,” says Katie. “This had the potential to be really stressful, but she made me feel so comfortable, and within two weeks of starting fertility treatments, I got pregnant.” She and her husband had a daughter in July 2015.

TriHealth offers fertility care at Women’s Services Reproductive Endocrinology in Blue Ash and fertility care is also available through the Bethesda Fertility Center, a service of Bethesda Inc., where Katie saw Medical Director Kasey Reynolds, M.D. “Most couples, about 85 to 90 percent, should conceive with one year of trying to get pregnant,” Dr. Reynolds explains. “If you are unable to conceive after one year, you should consult a physician.”

However, for women like Katie who have a history of cancer or other conditions that could affect fertility, such as polycystic ovarian syndrome (PCOS) and endometriosis (an inflammation in the reproductive system), it’s best to seek help sooner. Age is also a consideration. “Women 35 or older should get fertility consultation after six months of trying,” says Dr. Reynolds. “And women over 40 might want to seek help immediately because time is a factor.”

The initial consultation with a fertility specialist usually involves a comprehensive medical and reproductive patient history from both partners. In some cases simple lifestyle changes, like reducing stress and weight loss, may be extremely beneficial in helping a couple conceive. There also are simple tests that can help pinpoint the problem.

For women, a blood test can provide information about the ovaries and help diagnose certain conditions, while a pelvic ultrasound allows a visual inspection to check egg count and look for fibroids, polyps or blockages in the reproductive organs. In about 20 percent of cases, fertility issues come exclusively from the male, so a semen analysis is performed to evaluate sperm count and motility. If a severe fertility issue is diagnosed in the male, he may be referred to a urologist for treatment. One of the most common causes of fertility problems among women is PCOS, an endocrine condition that affects about 10 percent of all women. With PCOS, hormone imbalances can lead to irregular menstrual cycles that make it hard to get pregnant.

“We can use drugs to ensure eggs are being ovulated, and to help the woman ovulate on a regular schedule,” explains Isela Robertshaw, M.D., of Bethesda Fertility Center. 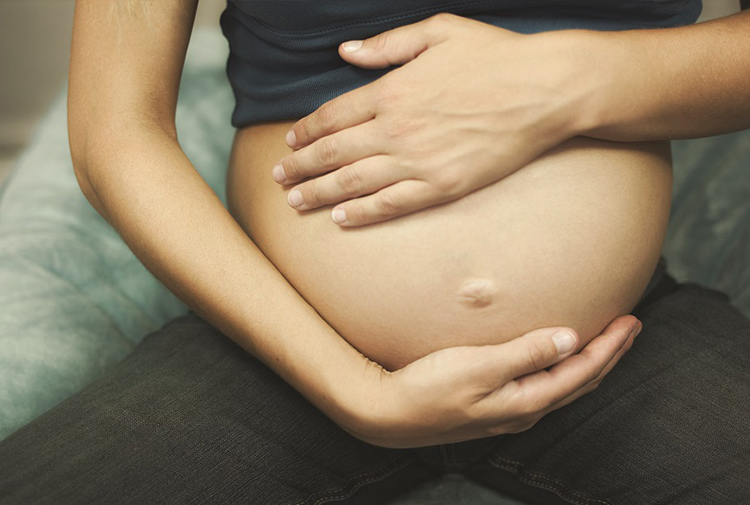 “The longer it takes to get pregnant, the more aspects of the process we’ll try to control,” says Jennifer Thie, M.D., a reproductive endocrinologist and gynecologist who treats patients at both locations. “For most women, we’ll start with oral fertility medications. Then we may add an injection in the middle of the cycle that triggers an egg to be released. And if that doesn’t work, we can add insemination.”

Intrauterine insemination can be used together with fertility drugs for couples having trouble conceiving naturally. The man will provide a semen sample at Bethesda Reproductive Studies Lab.

“The laboratory does a count of the sperm and checks motility, then they wash and concentrate the sample to improve the chances of pregnancy,” explains Dr. Thie. Once the sample is prepared, it’s deposited directly into the uterus, which also increases the likelihood of the sperm finding the egg.

When Katie visited Bethesda Fertility Center, she received a combination of oral and injectable medications, and conceived on the very first cycle. She was so happy with the outcome that she and her husband returned to Bethesda when they wanted to have a second child, and again conceived on the first cycle. “I was very lucky,” she says. “Having a doctor who understood precisely what we needed to do to have kids was so reassuring.”

Helping Babies Get to Their First Birthday and Beyond