Polycystic Ovary Syndrome: 1 in 10 Women Have It

Share This Article
I have PCOS: Does this mean I can’t have kids?
“You may need some treatment to make your periods more regular. You may need some fertility medicine, but – overall – it’s possible and likely that you can conceive,” Dr. Thie explains.

Have you missed a few periods lately? It could be a sign you’re pregnant – but it could also be a sign of polycystic ovary syndrome (PCOS), if it presents with other symptoms.

No single test gives a diagnosis for PCOS, however. Its a combination of looking at symptoms, an ultrasound and ruling out other conditions that might cause irregular periods.

How Do PCOS Symptoms Present?

Aside from irregular periods, other symptoms include:

I think I have PCOS: Now What? 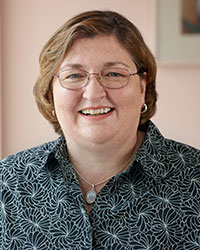 PCOS, which occurs when a woman has an imbalance of female sex hormones, is most commonly diagnosed in adolescent-aged women or women in their reproductive years, but "if it’s something in a woman's genetic makeup, it’ll be there regardless of age," explains Jennifer Thie MD, a reproductive endocrinologist at TriHealth Women’s Services Reproductive Endocrinology. "It's harder to diagnose as you get older, in your 30s and 40s – when your period becomes more regular – but it's still a genetic abnormality so you may have insulin resistance and male hormone presentation."

If you think you have PCOS, your doctor will perform a physical exam to look for signs of extra male hormone and increased skin pigmentation. He or she may also suggest an ultrasound to check for an excess of painless egg sacs, which are called follicles, on each ovary. Someone with PCOS will usually have 12 or more of these follicles per ovary.

Your doctor will also perform blood tests to check hormone levels or see if you’re pregnant.

Additionally, if there is a prominent family history of diabetes, it is more likely that the diganosis could be PCOS.

In some cases, PCOS is genetic. If your mother or sister has PCOS, then you have a greater chance (roughly 30 to 40 percent) of developing it.

Furthermore, “About 40 to 50 percent of women with PCOS will develop diabetes,” Dr. Thie says. “The underlying process (of PCOS) is related to dysfunction in how insulin works in the system. We think a big part of PCOS is related to insulin-resistance … so we actually use diabetic medicine to treat PCOS for some people.”

So about Other Treatment Options…

In some cases, your doctor may prescribe oral contraceptives, for the main purposes of regulating periods and suppressing male hormones to control acne and hair growth.

For women who are trying to get pregnant, your doctor will prescribe medications that will induce ovulation, including Clomid or Femara.

Your doctor could also recommend some lifestyle changes to help alleviate the symptoms of PCOS.

How Should I Eat?
In terms of nutrition, a low-carb, high-protein diet is often recommended. “If someone is overweight, then we counsel them to lose weight because that lowers the insulin resistance, improves their chance of having regular periods,” Dr. Thie explains. “It doesn’t have to be down to a normal body weight. Even a 10 percent loss will induce the metabolic changes that will help with PCOS.”

How Much Should I Work Out?
Exercise is also a big part of PCOS management. Some PCOS patients have had weight-loss success through goal-setting and implementing an intense workout regimen. "Set a goal, like maybe it’s to walk a 5K or something, where you're trying to put exercise regularly into your pattern," she says.

However, be sure to discuss an exercise program with your doctor first, so he or she can make recommendations based on your health status.

3 Ways to Tell If You Need Pelvic Therapy, Surgery

5 Ways to Fit in Exercise When You’re Busy