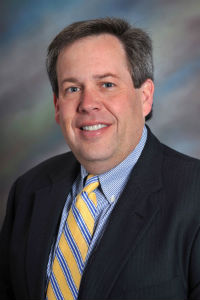 TriHealth announced John Ward has been named Chief Information Officer.  John has served as the Interim Chief Information Officer for TriHealth since December, 2014, when he assumed the position following the retirement of Rick Moore. John’s first day in his new role was Monday, May 4. He will report to Will Groneman, TriHealth’s Executive Vice President, System Development.

Ward is responsible for TriHealth’s day-to-day operations of Information Services (IS) for the organization, which includes four hospitals and over 550 employed physicians. He also leads several strategic initiatives and capital projects, including development and execution of IS strategy and IS services and support for the system.

“We are thrilled to name John to the position of Chief Information Officer at TriHealth,” said Will Groneman.  “John is well respected by our physicians, our staff and the management team. His internal promotion provides continuity to an already high performing department.”

As interim CIO for the past six months, Ward and his team oversaw the continued integration of McCullough-Hyde Memorial Hospital to the TriHealth IS portfolio, which include the transition of the hospital’s medical record system to Epic (EMR).  He completed the successful approval of an IS Systems operating and capital budget for the new fiscal year. Ward will be leading the strategic planning efforts to chart the IS corporate strategy for the next five years.

Ward has spent 10 of his last 11 years working for TriHealth or Group Health. He served as the Chief Information Officer and Director of Business Development at Group Health Associates from 2004 to 2007. From 2007 to 2012, he was the Director of Health Systems Integration for TriHealth, before becoming Director of Ambulatory Systems in 2013. In this capacity, he was responsible for the implementation of the Epic electronic health record with more than 550 TriHealth employed physicians.For more information:
Joe Kelley
513 569 6703

Ward, 50, is a native of Hazard, KY. He and his wife, Julie, have two children, Lauren and Ryan, and live in Hebron. Ward is a 1988 graduate of Georgetown College in Georgetown, Kentucky, where he earned degrees in Business Administration and Information Systems. He is currently a member of the Board of Trustees and Executive Committee at Georgetown College. Ward is a member of HIMMS (Healthcare Information Management Systems Society) and CHIME (College of Healthcare Information Management Executives).