Kathy Kelly Selected a Vice Chair of TriHealth Board of Trustees 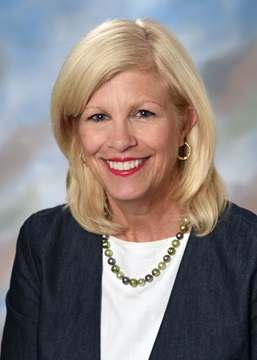 TriHealth Board Member Kathy Kelly has been selected as the Vice Chair of the Board, TriHealth announced. She fills the position left vacant last year when Mike Michael, who is Chairman of the Cincinnati Region of Fifth Third Bank, assumed the Board Chair position.

“Kathy, through her leadership at Bethesda Inc., has long demonstrated her strong alignment with and commitment to TriHealth’s mission and vision of leading the way in getting health care right by focusing on better care, improved health and greater affordability,” said TriHealth CEO and President Mark C. Clement.

“Kathy became an immediate contributor to Board upon her appointment, and I look forward to working with her as we strive to improve the health of our community,” said Michael.

Ms. Kelly is the recently retired President of Kroger Personal Finance (KPF) for The Kroger Co., based in Cincinnati. She was responsible for overseeing the financial products and services department for the company. KPF consists of five Business Lines – payment cards, gift cards, telecom, financial services and money services. KPF also has marketing, finance, change management, innovation teams as well as Kroger’s Anti-Money Laundering Team. Prior to joining Kroger in 1985, Kathy served as a Cash Management Officer with Fifth Third Bank.

Ms. Kelly holds a Masters of Business Administration with a Finance concentration from Xavier University and a Bachelor of Science degree in Finance and Economics from Miami University. In 2011, Kathy was named a YWCA “Career Woman of Achievement” and a “Woman of Distinction” by the Girl Scouts of Southwest Ohio. In 2010, Kathy was named one of McAuley High School’s “Women Who Inspire” and one of the “100 Wise Women” in Cincinnati.