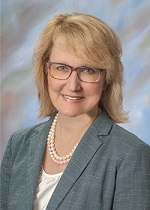 Cincinnati, OH (June 8, 2022) – TriHealth – a Cincinnati-based integrated health system made up of six hospitals and more than 150 sites of care – is announcing a series of changes in executive responsibilities to better align its leadership structure with its long-term strategy of getting healthcare right by fulfilling the Triple Aim Plus One – better care, better health, and better value, PLUS an enhanced practice and work environment.

Among the changes, Terri Hanlon-Bremer, MSN, RN, who has been serving in the role of SVP, Employer Solutions and Population Health, since March 2021, has been appointed to the role of TriHealth Chief Operating Officer (COO). The COO role has been open since Gail Donovan chose to leave the organization in 2019.

“Three years ago, I chose not to fill the COO role because I knew then that it was important to take the necessary time to ensure we found the right leader for the role who both ‘fit’ our culture and was deeply committed to our vision,” said Mark C. Clement, President and Chief Executive Officer of TriHealth. “Today, I am happy to tell you we have just that leader in Terri – someone who has the trust and respect of our entire organization, and who is unwavering in her commitment to our work of Getting Healthcare Right and further strengthening our TriHealth Way culture.” 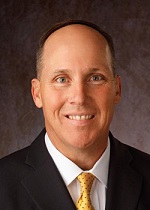 Additionally, Mike Everett, President and COO for our Bethesda Butler and McCullough-Hyde Memorial hospitals, will take on expanded leadership responsibilities for TriHealth’s 13 major Ambulatory Care Centers across the region. As care continues to shift to the ambulatory setting, he will lead the essential work of aligning our best-in-class Ambulatory Network with system and region strategic priorities while building greater consistency around an unparalleled ambulatory patient experience delivered across our 13 ambulatory campuses. Everett will continue his role as President and COO of McCullough-Hyde Memorial Hospital.

Jeremiah Kirkland, who has served as President and COO of Good Samaritan Hospital Evendale, will now move into the role of President and COO of Bethesda Butler. Good Samaritan Hospital Evendale will transition from an acute care hospital to an Ambulatory Surgery Center (ASC) later this summer as part of our Orthopedics joint venture with Beacon, which will operate two Beacon and two TriHealth ASC’s. Kirkland also will maintain his leadership responsibilities for Women’s Health as he takes on this new role for Bethesda Butler. 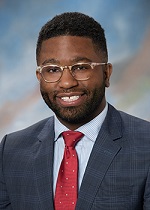 “Each of these leaders has a strong track record of success and accomplishment at TriHealth, coupled with a deep commitment to living our values and role modeling the TriHealth Way as servant leaders for our team members and patients. And their appointments are a shining example of the power and value of developing our own team members, while taking our commitment to diversity, equity, and inclusion to the next level,” said Clement. “And it’s because of this commitment, and our investments in the TriHealth Way, that we now have such a strong pipeline of talent internally to draw from to fill key leadership positions at all levels. In fact, over the past two years, nearly 95% of all senior leadership positions have been successfully filled from within TriHealth.”

Hanlon-Bremer started her career as a cardiac nurse at Bethesda Oak Hospital, and she joined the TriHealth leadership team in 2007 as Chief Operating Officer of Corporate Health. She took on responsibility for our Population Health strategy three years ago and also managed TriHealth’s highly successful COVID-19 vaccination program throughout this global public health pandemic. She has a unique ability to manage complex operational and strategic initiatives across our vast delivery system often in the face of uncertainty and ambiguity, while elevating patient outcomes, team morale and engagement, and customer satisfaction in the process. She has won numerous regional and national awards and recognition for her talents and achievements, among them, most recently, Modern Healthcare’s 2022 Top 25 Innovators Award. In her role as TriHealth COO, she will work closely with the system’s clinical and administrative leadership team to continue to elevate system-wide operational strength and excellence, while helping to drive continued integration and acceleration of our population health work.

Everett joined TriHealth as Executive Director for Bethesda Butler and McCullough-Hyde in June 2019, and over the past three years has established himself as a proven leader in achieving strategic, financial, operational, and programmatic objectives for both hospitals while fostering the TriHealth Way culture.

Kirkland joined TriHealth in 2018, as Senior Executive for the Women’s Service Line and has developed a name for himself as a passionate advocate for change and making a difference. He has championed our diversity, equity, and inclusion work throughout his career at TriHealth, serving for a time as TriHealth’s Interim Chief Diversity Officer. He was also instrumental in the creation and development of TriHealth’s nationally recognized School to Work program, aimed at creating a more diverse talent pool of future healthcare workers who better reflect the rich diversity and differences of those we serve.