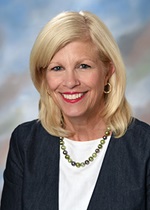 well as Chair of the Board’s Safety, Quality and Service Committee. She is the first woman to serve as Chair of TriHealth’s Board of Trustees. Ms. Kelly has also been on the Board of Bethesda Inc., one of TriHealth’s sponsor organizations, since 2012 and previously served as that organization’s Board Chair. She succeeds Ralph (Mike) Michael, who assumed the Board Chair position in 2019 and who will continue on the Board as Vice Chair, a role he held previously in 2016.

“I am honored to serve as Chairperson of the TriHealth Board of Trustees,” said Ms. Kelly. “Since joining TriHealth’s Board, I have had the privilege to work closely with the trustees and TriHealth’s outstanding senior leadership team and am excited to be a part of TriHealth’s mission to provide high-quality, compassionate care to our community.”

Ms. Kelly was the founder, President and chief operating officer of Kroger Personal Finance (KPF) for The Kroger Co., based in Cincinnati. She has previously served as Board chair for Mt. St. Joseph University, and board member for the YWCA of Greater Cincinnati, the Franciscan Sisters of the Poor Foundation, Easter Seals Tristate, and the SC Ministry Foundation.

“With their extensive business, leadership, and community service experience, we are fortunate to have Kathy and Mike step into these important board leadership roles as we continue to advance our 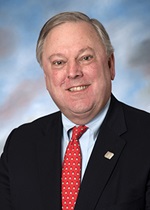 transformational work of getting healthcare right for the communities we serve through better care, better health and better value,” said TriHealth President and CEO, Mark C. Clement. “I would also like to thank Mike for his exceptional leadership over the last three years, a time marked by our health system’s resilience, adaptability and unwavering service to the community in the face of an unprecedented global pandemic.”

Mr. Michael, who joined the TriHealth Board in 2014, serves as Chairman of the Cincinnati Region of Fifth Third Bank (Greater Cincinnati). He previously served at the company’s EVP and Head of Wealth and Asset Management, and before that as its EVP and Group Regional President. He joined Fifth Third in 2010.

TriHealth’s diverse Board of Trustees is comprised of representatives appointed by the system’s two sponsors, Bethesda Inc. and CommonSpirit Health, Medical Staff Presidents for Bethesda North and Good Samaritan Hospitals, and TriHealth President and CEO Mark C. Clement. The Board of Trustees serves as the governing body for all TriHealth entities, including Bethesda North and Good Samaritan Hospitals, our community and specialty hospitals, thirteen major ambulatory centers and TriHealth Physicians Partners, the system’s physician enterprise.